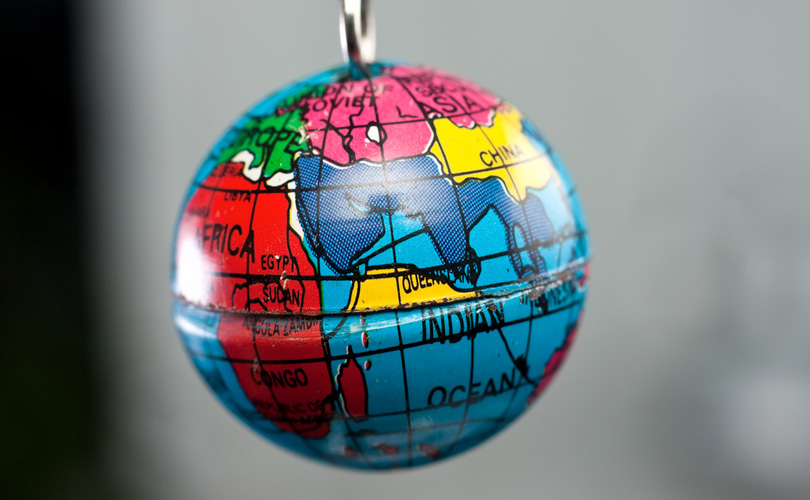 My whole generation grew up listening to the wisdom of globalization and how the world is integrated, how together we all can progress. They insisted on free movement of goods, capital, humans, and ideas across borders. It was like a fairyland, the world full of dreams and we were like, this is the best time in the world history when we are experiencing such an amazing global co-operation. European Union (EU) was on the rise, trade integration between west and east was rising and we were talking about global citizenship.

A country like India couldn’t manage its internal fundamentals and faced one of the worst economic crisis in its independent history. They blamed us for protectionism and forced us to open up our economy and my generation feels this is the best thing to have happened to India in the 70 years of independence. I am not against liberalization but I feel we could have done it on our own terms and conditions and when we wanted it. We need to rectify the mistakes we have done. We need to gain back our markets from the foreign players. Patanjali is a great example of the same.

In this whole journey maybe we were daydreaming and forgot to understand when the buzz word ‘Globalization’ changed to ‘Deglobalization’ (my dictionary still shows a red underline for this word). Let’s see what happened to the free movement of goods, capital, and humans. 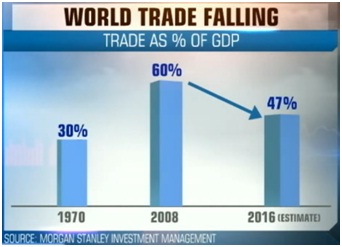 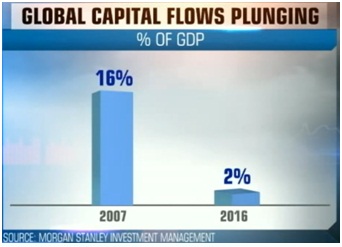 Global capital flows have plunged from high of 16% to mere 2%. 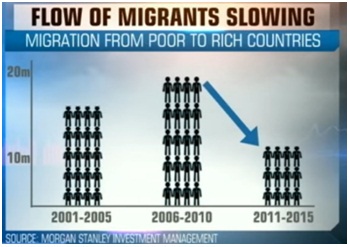 The flow of migrants has reduced from high of around 20 million to around 12 million and with the recent immigration restrictions, it going to go down to a great extent.

Their game their rules and their victory

In the 1990s they preached us about liberalization and globalization. They forced the poor countries to open up the markets for their MNCs stating this is the new dogma. Don’t be orthodox by following protectionist policies. This is what they preached to us when they wanted to enter new markets and now when they are getting hit in their own game they just changed the rules of the game. Now, migrants are a trouble, migrants take away their jobs. Now, trade is not beneficial for them. Now it’s about you and us.

We Indians happily shifted from agrarian economy to services economy. All our students aspired to become IT engineers. We didn’t think about what this swift structural change will cost us. How it will add into income inequality, how it will add to poverty. We experienced the period of jobless growth. Now, when we have aligned to the new structure our engineers are unable to find jobs, our corporates are unable to export services. Now, the rules of the game have changed. Let me quote Nobel laureate Prof. Joseph Stiglitz “We have created a rule-based system and what that means is Botswana is subjected to the same rules that China and Germany is, and in the law of the jungle the guys who have more power gets more for themselves and that’s totally destructive. It will create more discontent and I think the global system will not work well.” (Stiglitz, 2017)

The real question is not whether the world is shifting towards protectionism or not, the real question is how is India going to respond to that. India will have to realign its policies. We will have to work on our comparative advantage. If we keep playing their game with their rules we are sure to lose. India can focus back on the advancement of agricultural technology and improve on food processing industry. We need to develop our tourism industry. India can create world educators. India can focus back on the domestic technology market. We need to have our own Apples, Googles, Amazons, Coco-colas and Starbucks. I don’t know whether India can become the factory of the world, but I am sure that India can become the kitchen of the world. India needs to shift from the call center of the world to the health care center of the world.

When you don’t find a job in your dream company, that’s the right time when you build a company of your dream!