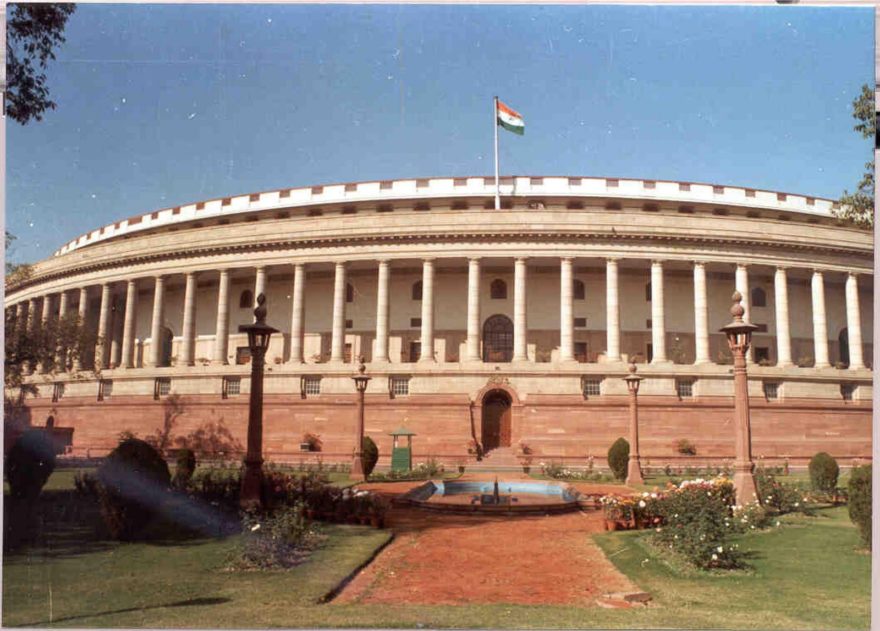 After the liberalization of 1991 the overall outlook of India’s fiscal policy has changed. India’s real GDP has grown at an average rate of 6.6 percent from 1991 to 2013, and it has grown at higher average of 7.1 percent between 2000-01 and 2012-13. For the year 2006 to 2008 and 2011 it has grown at more than 9 percent (Appendix 1). This kind of growth has put a large responsibility on fiscal policy makers. This high growth should increase the revenue for the government. The tax collection system and structure has a responsibility of revenue collection without affecting the growth prospects of the businesses. At the same time to sustain this high growth rate government has to develop the infrastructure and other trade related services. Attracting foreign investments is a major task for the government after the liberalization policy of 1991. The fiscal policy and tax system plays a vital role for attracting foreign investments.  Application of government funds decides the future of any economy. Here we will analyse how responsibly the Government of India has used its funds from year 2000-01 till 2012-13 on various revenue and capital expenditures and why there are fluctuations in fiscal deficit of India in this period.

On the background of Balance of Payment crisis Parliament of India has passed Fiscal Responsibility and Budget Management Act, 2003. This act was intended to eliminate the revenue deficit and bring down the fiscal deficit to the level of 3% of the GDP. The primary objectives behind having an FRBM, as highlighted by the Union Government, were[1]

a) To maintain transparency in fiscal management systems in the country,
b) To bring inter generational equity in debt management and
c) To bring long term fiscal stability in the economy.

There are two more bills pending for the approval of the Parliament of India, one is Goods and Services Tax in India, 2009 and the other one is The Direct Taxes Code Bill, 2010. If these two bills get pass then the overall paradigm of direct and indirect taxes in India will change.

Fiscal deficit had been declining since 2000 till 2008. It was 5.46 percent of the GDP in the year 2000-01 and lowered to 2.54 percent in the year 2007-08. In this phase the economy has seen very high growth which resulted in lowering the fiscal deficit. After the global crisis of 2007 the fiscal deficit has started growing again. It has reached to unaccepted level of 6.46 percent in the year 2009-10. It is still very high at more than 5 percent level. Revenue deficit is also followed the same path. It had reached to 1.05 percent, which is lowest between 2000 and 2013. After 2007 even revenue deficit raised above 4 percent level (Appendix 1).

Till the year 2007-08 the fiscal deficit was declining and growth rate was increasing. But from 2008 the deficit has started rising at a higher speed and same time the growth is also falling. If this trend continues in the future the overall debt to GDP ratio of government will increase. And country will face the problem of higher fiscal debt. Higher debt increases interest expenditure which is revenue expenditure and does not add any productive capacity for the future growth.

Fiscal consolidation is measures to reduce the fiscal deficit. Parliament of India has decided the target for fiscal deficit at 3 percent of the GDP under FRBMA. From the year 2000 till 2008 government was able to reduce the fiscal deficit till the level of 2.54 percent of the GDP. The target was to bring down the fiscal deficit to 3 percent level and curb the revenue deficit by March 2008. However the targets were postponed because of the financial crisis in 2007 but later the government completely suspended these targets. From year 2008 government is incurring huge revenue deficits which average 4.25 percent for last five years (Appendix 1). Sustainability with of this kind of high fiscal as well as revenue deficit is very difficult and the overall economy will have adverse impact of the same.

On the background of such huge deficits, government has decided to follow the fiscal consolidation policies and bring it down to the manageable level of 3 percent of the GDP. In 2012 Finance Minister had formed a committee under the leadership of Mr. Vijay Kelkar. The committee was supposed to suggest a roadmap for fiscal consolidation to Government of India. The committee submitted their report in September 2012 and on the basis of the recommendations of the report the government implemented few corrective policies like reduction in Gas and Petroleum subsidies, Direct Cash Transfer Scheme etc. However there are various arguments on the roadmap and policies suggested by the committee.

Expenditure on subsidies
The proportion of subsidies in the total revenue has become doubled from year 2000 to year 2013. In year 2000 it was 10 percent of total expenditure and by the year end of 2012-13 it is 20 percent (Appendix 3). If we compare the subsidy expenditure with the GDP then also it has become double in last 13 years. In year 2000-01 it was 1.23 percent of the GDP and in year 2012-13 it is 2.57 percent (Appendix 1). There are questions raised on the subsidy data provided in the budget document. As per budget data the total subsidies expenditure is 2.57 percent of the GDP in year 2012-13 but as per the Ministry of Statistics and Programme Implementation (MoSPI) the subsidies expenditure is 6.08 percent of the GDP.[2] These figures do not include the expenses which will be made on National Food Security Bill. This bill is expected to cost Rs. 1,20,000 crores annually.

Objectionable use of funds
At central and state both the levels the use fund for various schemes and the packages declared are not always have justified reasons. Sometimes it has been noticed that government use the fund allocation for their political purpose without a proper aim of allocating it. As G Thimmaiah states ‘one does not question providing welfare benefits such as subsidies food grains to the poor, old-age pensions, right to employment schemes, mid-day meals, and the like. But at the state level, welfare politics has descended to giving colour TVs, gas stoves, computers, bicycles, and other not-so-necessary things to the people. This is not justified, as it is pure vote bank politics’.[3] There are examples of central government giving packages to some state government just to seek their support for the political purposes.

Increasing tax revenue
The current tax base is very less which has to increase over the period of time. Government needs to decide a roadmap to increase the direct as well as indirect tax revenue. There are legislations like GST, GAAR etc pending for the approval which will help the government in bringing efficiency in the tax system, so government can try to approve and implement such legislations. This is very true that the Indian tax system has to improve structurally as well as operationally.

Disinvestments
Government can also get revenue by disinvesting from public sector companies. This is an instant solution to improve the revenue collection and bring down the fiscal deficit. Government can use this revenue to pay off the debts which will bring down the interest expenditure in the future. But this solution is short term in nature since this is not a regular revenue source for the government. If government wants to bring down the fiscal deficit instantly then they can choose this option. As per Vijay Kelkar Committee report on Roadmap for Fiscal Consolidation, government can get revenue of Rs. 30,000 crore by disinvestments.[4]

Governance for proper use of funds
To avoid the wrong use of funds for the political purpose India has to improve on its overall governance and specifically the governance of fiscal policy. Implementation of Fiscal Responsibility and Budget management Act at central as well as state level is very important to bring down the fiscal and revenue deficit. First government can focus on bringing down the revenue deficit to zero percent level and then fiscal deficit under of 3 percent of the GDP by drafting a proper roadmap for fiscal improvement.

[1] “FRBM- A Review” Centre for Budget and Governance Accountability. 2007.