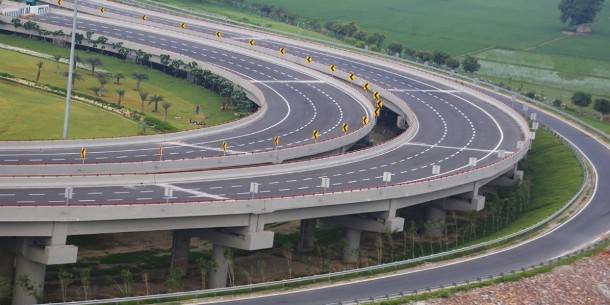 A Budget Analysis for Infrastructure

India has witnessed less than 5 percent growth for the year 2013-14 which is the lowest in last decade. This year with the new government coming in the power, there are many stony obstacles and slippery turns they are going to face. The first and the foremost is reviving the economy and dealing with the inflation. If we look at both the problems, the solution lies in a single word ‘Infrastructure Development’. Since the economy is facing the recession a kick start by the new government is very much needed now. The government will have to push the aggregate demand by spending on infrastructure development. This will surely help the economy in meeting future growth requirements. Infrastructural development will also help the industry to increase the output and reduce the cost of the supply chain. The second part is constantly increasing prices. Though RBI is trying its best to deal with the inflation, they are still unable to handle the problem. A supply shock is one of the biggest causes of the inflation in India which RBI cannot deal with. The government will need to debottleneck the supply chain problems in food distribution. And again the answer is government will need to put huge money in infrastructure development.

Current Status of Infrastructure in India

India as an emerging hub for infrastructure projects is still lagging behind in many areas. There are various obstacles which investors face in running the infrastructure projects. There various issues like delays in regulatory approvals, problems in land acquisition and rehabilitation, and environmental clearances. According to the Ministry of Statistics and Programme Implementation (MOSPI) Flash Report for February 2014, of 239 central-sector infrastructure projects costing Rs. 1000 crore and above, 99 are delayed with respect to the latest schedule and 11 have reported additional delays with respect to the date of completion reported in the previous month. The additional delays in respect to projects relating to the petroleum, power, steel, and coal sectors are in the range of 1 to 26 months. The total original cost of implementation of these 239 projects was about Rs. 7,39,882 crore and their anticipated completion cost is likely to be Rs. 8,97,684 crore, implying an overall cost overrun of Rs. 1,57,802 crore  (21.3 percent of the original cost). The expenditure incurred on these projects till February 2014 was Rs. 4,10,684 crore, which is 45.7 per cent of the total anticipated cost (Ministry of Finance, 2014).

Freight loading (excluding loading by Konkan Railways) by Indian Railway during 2012-13 was placed at 1008.09 million tones. India has one of the largest road networks in the world, spread over 48.65 lakh km. Domestic passenger traffic handled at Indian airports reached 122.43 million during April to March 2013-14. The Airports Authority of India (AAI) is a major airport operator managing 125 airports across the country. During 2013-14 (April to March) major and non-major ports in India accomplished a total cargo throughput of around 980.49 million tones.

The government on 26 February 2009 approved the Road Requirement Plan (RRP) for upgrading of 1202 km of NHs and 4363 km of state roads (total 5565 km) to two-lane at a cost of Rs. 7300 crore in 34 left wing extremism (LWE)-affected districts in Andhra Pradesh, Bihar, Chhattisgarh, Jharkhand, Madhya Pradesh, Maharashtra, Odisha, and Uttar Pradesh for inclusive growth of these areas. Under the RRP, development of 2929 km length had been completed till 2013-14 with cumulative expenditure of Rs. 3878 crore. The development of roads under the programme is scheduled to be completed by March 2015.

There are around 900 Public Private Partnership (PPP) projects currently under development India. To streamline the PPP processes and develop the market for further investment government has decided to set up an institution called 3P India by providing the corpus of Rs. 500 crores.

Sixteen new port projects are proposed to be awarded this year with a focus on port connectivity. Rs. 11,635 crore will be allocated for the development of Outer Harbour Project in Tuticorin for phase I. SEZs will also be developed in Kandla and JNPT.

A project on the river Ganga called ‘Jal Marg Vikas’ (National Waterways-I) will be developed between Allahabad and Haldia to cover a distance of 1620 kms, which will enable commercial navigation of at least 1500 tonne vessels. The project will be completed over a period of six years at an estimated cost of Rs. 4,200 crore.

Government has proposed investment in National Highways Authority of India and State Roads of an amount of Rs. 37,880 crores, which includes Rs. 3,000 crores for the North East. During current financial year a target of National Highways construction of 8500 km will be achieved.

Government has devoted a sum of Rs. 500 crores to develop a transport network which can insure faster travel. This will also improve the supply chain in transporting goods across cities. Government will initiate work on select expressways in parallel to development of Industrial Corridors.

The India Infrastructure Finance Company Limited (IIFCL) was set up in 2006 for providing long-term financing for infrastructure projects that typically involve long gestation periods. The IIFCL funds viable infrastructure projects through long-term debt as well as refinance to banks and financial institutions for loans approved by them. During 2013-14, the IIFCL mobilized long-term resources primarily from multilateral and bilateral institutions like the ADB, World Bank, and KfW aggregating Rs. 1605 crore as compared to Rs. 1080 crore raised during 2012-13. 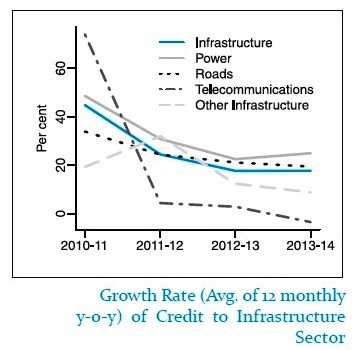 The Budget has clearly shown the intentions of new government regarding the infrastructural development in India. NDA has a good track record of infrastructure development under the leadership of Prime Minister Mr. Atal Bihari Vajpayee. Mr. Vajpayee was the architect of Golden Quadrilateral Project and various other projects which has resulted in improved Rail-Road and Port-Road connectivity. In Budget 2014-15 the government has given good emphasis on infrastructural development and tried inclusive development of various backward regions in India. Apparently India is heading towards better infrastructure of roads, rails and ports but government will definitely face many obstacles while going ahead with their plans. Funding such a huge requirement at the time when various developed economies are recovering from the shock of recession will be the toughest task for the new government in India.

The government has given huge emphasis on PPPs whether it will be successful or not is again very doubtful question. Attracting foreign funds when India has such a bad performance in completing various infrastructure projects will not be a cake walk. The new government will have to gain the trust of investors again in the global market as well as in domestic market to attract investments in infrastructure projects.

Definitely, the budget allocations have given a ray of hope to the industry and public at large in regards with the infrastructural development India but we all have to patiently wait for some more time to see Achchhe Din for infrastructure in India.